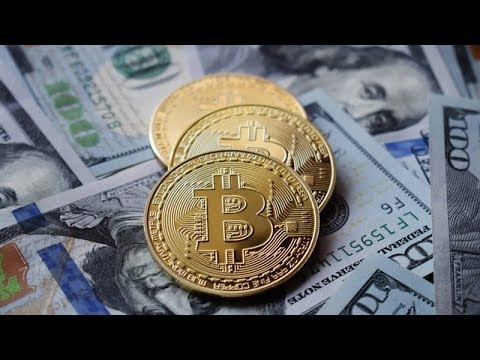 There is a big cognitive dissonance within the crypto community. The dream of decentralization and censorship resistance is dominated by big centralized exchanges centralized empires like Binance and Coinbase.
Speculation still drives the market and fuels the continued growth of centralized exchanges. One of the leading factors fueling the revenue stream of exchanges is new coins, namely ICOs and in future STOs. ICOs became nothing more than a way of Flipping Tokens. Most ICOs used and continue to used Proof of Greater Fool to push forward their blockchain.
People invest in something that they know is probably worthless and extremely overpriced, hoping that they can sell that worthless overpriced digital token to a "Greater Fool". In the end, all ICO investors are fools because even if Fool #1 manages to Flip the token at 3x the price he bought it at, he is still the fool compared to the ''ICO that now holds millions** collected by all the #1 fools.
Essentially ICOs that list on exchanges right away that have nothing to offer and no product are basically Ponzi schemes, with ICO team at the top, ICO Buyers second Layer and people on the exchange at the bottom of the pyramid.
The IEO (Initial Exchange Offering) is a natural evolution of this Ponzi scheme: Now with ICO and Exchanges working together to pump up the price, being able to freely manipulate the price of the token and print free money. As Cryptocurrencies are a totally unregulated market they are pretty much free to do whatever they want.
Cryptocurrency exchanges basically became empires fueled by greed, trading fees, listing fees, and so much more. These empires have no interest in changing the system, similar to how banks do not want to give away power.
It is expected of anyone in power to be very corrupt in a totally uncontrolled market.

In 2019, for the first time in 3 years, projects that focused on tech, product, and business development came out of the darkness.
Most people pretended to work to look good to raise money, however, some actually worked to solve problems. 2019 was also the year that we started to see Initial Exchange Offerings. ICOs conducted on exchanges compared to publicly.
The original purpose of ICOs was to take away the monopoly of fundraising away from stock exchanges and brokerage firms. An IEO is well explained in that scene of Wolf of Wall Street, when they opened an IPO for Steve Madden shoes. Remember when a centralized entity is responsible for issuing a new stock? It probably has a vast interest in pumping that price, but is it legal in the traditional financial space?
ICOs that are actually working hard to build their product also understand that in order for their projects to become successful they need to become decentralized. They need to get their tokens in as many hands as possible. Of course, the person that is attached to that hand should also bring value to the project.
The best example of the power of useful decentralization is Bitcoin. Bitcoin has a pretty old tech, had a few bugs in their source code, is super slow, but yet it has by far the best community and strongest social consensus. Hashrate doesn't mean much, after all, Bitcoin Cash had a bigger hash rate for a brief while, but it was the social consensus of the mining community that decided not to implement the new changes introduced by Rodger and Bitmain. Now BCH is less than 96% of the market Cap it used to be.
The value of cryptocurrencies is defined by nothing more than censorship resistance, game theory, and token holders. In the long term, these three factors will be decisive determining which coin will have the biggest market cap. Bitcoin has by far the most censorship resistance, probably one of the best game theories and by far the best community.
The value of a coin is pretty much all about: how hard it is to change the information saved on the block * (sum of all useful skills and influence amongst all token holders) that can be leveraged by game theory within the ecosystem.


Best case vs Worst Case outcome for an ICO

An ICO that is used for its actual purpose and not as a vehicle to facilitate scamming, can be seen as the big bang of any new blockchain ecosystem. Successful ICOs understand that they need to act like economies, not companies. Usually, economies filled with smart people that can utilize their skills to push their ecosystem that is also run by the good government (good game theory) do very well, compared to economies that have a very small set of inhabitants that can bring economic value for influence and skill sets.
The optimal scenario for an ICO would be if the tokens were magically distributed among the best developers, business integrators, influencers, politicians and basically anybody that would be willing and capable of bringing value to the new blockchain ecosystem.
Bitcoin’s mechanism to achieve this magical community was via mining and its 4-year reward halving cycle. It takes a great deal of passion and technical skills to start mining. Also, the low token price during the first few years motivated the best developers, who are also deeply interested in the technology, to jump onboard and help on its development efforts. This also allowed them to acquire a lot of tokens in the process.
The 4 year Bitcoin Pump and Dumps enable very smart individuals to join the bitcoin ecosystem every 4 years and accumulate at low prices. Regulators love crypto once they’ve also bought a bag.
Therefore the best outcome is the magical distribution of tokens to all the best developers, business integrators, influencers, politicians and basically anybody that would be willing and able to help that new blockchain ecosystem. The worst case would be an ICO whose tokens holders are mostly speculators, also known as an initial Exchange offering.

We have been very busy for the past few months to build an IDK (ICO Development Kit) for the cryptocurrency ecosystem.
It is an off chain - onchain hybrid solution that any project can plug into their project to assist them with all problems they could potentially face and helps them in the long run to become a decentralized autonomous system. We called it Social Mining, proof of engagement. A certain percentage of the token supply is dedicated for social mining. Any ICO or Post ICO project can plugin our solution to boost their community and to help them become more decentralized.
We have been testing the system now for about 6 weeks and the results are already overwhelming for our first client LTO Network. After the first 6 months, LTO network now has 8 different language channels, community marketing team, over 50 mainnet nodes, community development team, and community produced merchandise shop. The platform is in every sense the opposite of an Initial Exchange offering.
The best performing ICO in the past 12 Months was raised via an IEO on Binance 2nd best performing ICO was raised via our IDK and proof of engagement
You can find a very good in-depth comparison of the two projects here: https://cryptodiffer.com/news/buid-the-meme-that-thrives-in-todays-bearmarket-by-steven-price/
For more information on Social Mining you can check out our content at: www.icodog.io - https://icodog.io/crypto-stories/the-story-of-icodog-november-progress-report/
Or on the LTO Medium Page: https://medium.com/ltonetwork/community-engagement-and-whitelist-the-lto-way-4698b98fdddd
Full article in: https://steemit.com/bitcoin/@icodog/the-greater-fool-s-theory-crypto-edition
By icodog.io

With regard to the laboratories that manufacture test kits, ... Bitcoin, Ethereum, Ripple, Cardano, and Chainlink Bitcoin and Altcoins at a Potential Turning Point Robinhood, Coinbase, Finance IT: Top Software Engineer Salaries No comments found Popular. The Crypto Daily – Movers and Shakers – June 27th, 2020 June 27, 2020 0. Bitcoin Difficulty Sees Two-Year Record Surge as Hash Rate ... Bitcoin has more than doubled this year. That simple fact has enthusiasts cheering on its resurgence, even if no one can quite pinpoint why it’s rallying. Indexica, an alternative data provider, built a custom index based on natural language processing of thousands of textual documents to try and explain Bitcoin’s 28% run-up throughout the month […] The decentralized exchange (dex) built on Ethereum, Uniswap has accumulated a whopping $2 billion in total value locked (TVL) this week. Tuesday’s data shows out of all the dece Binance Brings Jobs, Education and Investment. The Premier of Bermuda, Edward David Burt, announced on Friday his government’s new partnership with cryptocurrency exchange Binance. Under the signed agreement, the company is to establish a Global Compliance Centre in the country creating forty jobs. Binance will also invest $10 million in ... The reason for Binance launching its own blockchain is buried deep within the statement, but it arrives, eventually: “As a public blockchain, Binance Chain will mainly focus on the transfer and trading of blockchain assets, as well as provide new possibilities for the future flow of blockchain assets. Binance Chain will focus on performance, ease-of-use, and liquidity. Binance Coin (BNB ... Bitcoin hashrate jumped 23 percent since May 26, signaling more miners are resuming operations on the cryptocurrency’s blockchain network.The rally also continued as Bitcoin’s mining difficulty dropped by over 9 percent on June 4.The rising hashrate indicates a slowdown in miner capitulation, which could assist in sending the bitcoin price higher towards $10,000.The Bitcoin hashrate […] Litecoin Maintains a Higher SegWit Adoption Rate Compared to Bitcoin (Nulltx) Nouriel Roubini: The Plunge To $8K Proved Bitcoin is Whale-Controlled and Manipulated (CryptoPotato) – Post-Halving Report: Brazil Could be New’ Demand Source’ for Bitcoin (Cointelegraph) Unlike BCH and BSV, Bitcoin’s Hash Rate Holds Strong After Halving (Longhash) Binance Invests in First Regulated ... The last 24-hours has seen the price of Bitcoin up 4% to $13.6k. Despite concerns of being overbought, the number one cryptocurrency continues hurtling towards key resistance at $14k. Source: BTCUSDT on TradingView.com. Nonetheless, as CasaHODL Co-founder and CTO Jameson Lopp noted, despite Bitcoin’s price gains, Bitcoin’s hashrate has suffered a steep decline since the start of the week. ... Bitcoin Binance CEO Reassures Crypto Traders, No Conflict With Japanese Regulators. Published. 3 years ago. on. February 22, 2018 . By. Duncan Porter. Share; Tweet; Binance founder and CEO Changpeng Zhao has taken to Twitter to express his disappointment to what he called “irresponsible journalism” and to reassure Binance customers that there is no conflict between the regulations of the ...